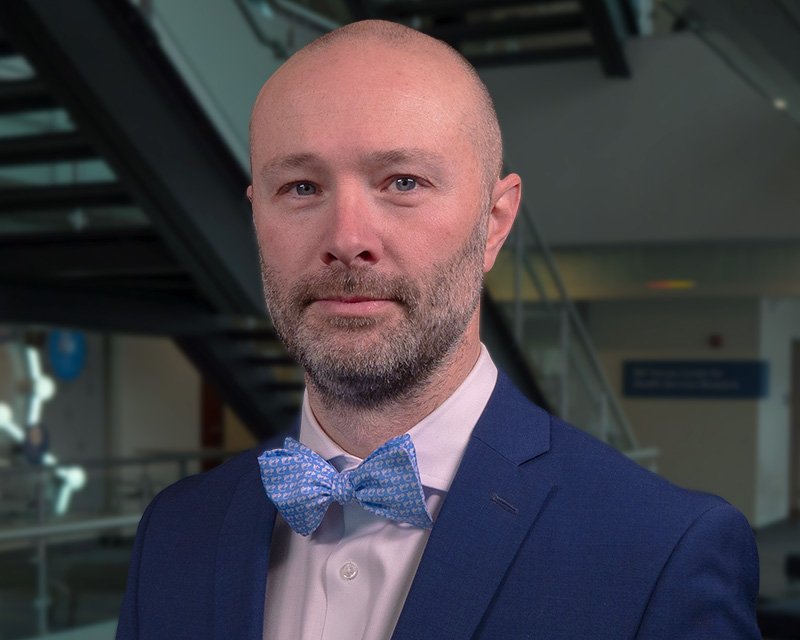 The results from the study, led by researchers at the University of California San Diego School of Medicine, were published in Neurology. The authors concluded that anticholinergics are associated with an increased risk of cognitive decline regardless of the presence of genetic or biomarker risk factors for Alzheimer’s disease.

Dr. Campbell consulted on the study, providing perspective on the data based on similar studies he has been involved with at Regenstrief and Indiana University School of Medicine.  He is listed as an author on the paper.

The past research conducted by Dr. Campbell and his colleagues also provides evidence establishing a link between the common type of medication and cognitive decline. He is now leading a clinical trial to determine if deprescribing anticholinergics improves cognition, which could in turn delay or prevent dementia.

In addition to his role as a research scientist at Regenstrief Institute, Dr. Campbell is an assistant professor of pharmacy practice at the Purdue University College of Pharmacy.

Oct 05, 2020 • Influence
The role of informatics and HIT in learning health systems
Regenstrief President and Chief Executive Officer Peter Embí, M.D., M.S., led a discussion as part of a Learning Health System Leaders Webinar Series put on by the Northwest Learning Health Systems Center of Excellence and K12. Dr. Embí discussed how informatics and health information technology (HIT) can be leveraged in learning health systems (LHS).  Dr. Embí shared his personal experience as a patient and explained the ways…
Continue Reading >
Sep 28, 2020 • Influence
Containing COVID on campus: Regenstrief VP serves as IU director of mitigation
Reopening college campuses has been particularly challenging during the COVID-19 pandemic. Regenstrief Vice President for Faculty Development Aaron Carroll, M.D., has guided Indiana University’s return, serving as the director of surveillance and mitigation for COVID-19.   IU’s multi-tiered testing program is the cornerstone of the university’s plan to allow in-person instruction and on-campus living while minimizing the spread of the virus. Faculty, staff, and on-campus students were…
Continue Reading >