INDIANAPOLIS – The first national study of the quality of the care offered by the Veterans Health Administration to patients following a transient ischemic attack (known as a TIA and sometimes called a ministroke) reports that the largest healthcare system in the United States is providing good quality care but also identifies targets for improvement particularly for those patients discharged from the Emergency Department without being admitted to a VA hospital.

The study, conducted by researchers with the Department of Veterans Affairs, Regenstrief Institute, Indiana University School of Medicine and colleagues from across the country provides the first benchmarking data for quality of TIA care provided by the VA. 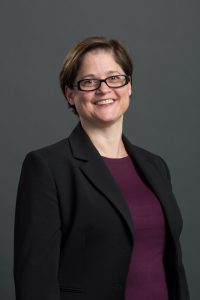 “The Quality of Care for Veterans with Transient Ischemic Attack and Minor Stroke” is published online ahead of print in JAMA Neurology.

“We found high quality care including ordering of brain imaging and administration of antithrombotic agents but gaps in care quality for other important processes such as high potency statin prescription, carotid artery imaging, and electrocardiography,” said Dawn Bravata, MD, who led the study. “Its imperative that the best post-TIA care possible be provided to make a subsequent stroke less likely to occur.”

A TIA produces symptoms similar to those of a stroke, but typically lasts only a few minutes and usually causes no permanent damage. An estimated one-quarter of individuals who experience a TIA will eventually have a stroke, with about half of these strokes occurring within 12 months after the TIA. Stroke is the fifth leading cause of death in the U.S.

She is also the lead author of the first study to investigate the feasibility of assessing and reliably measuring quality of TIA care using electronic medical record (EMR) data. “Development and Validation of Electronic Quality Measures to Assess Care for Patients With Transient Ischemic Attack and Minor Ischemic Stroke” was published recently in Circulation: Cardiovascular Quality and Outcomes.

“There is a movement away from laborious, expensive manual chart review — which is the current gold standard — toward using EMR data for assessment of quality, but the validity of this EHR-approach has been an unknown,” Dr. Bravata said. “We looked to see whether the two approaches — chart review and EMR data — agreed on whether the patient was eligible for specific care interventions — for example brain imaging or statin medication — and if applicable, whether the two approaches agreed on whether the patient actually received the care.”

The study found some variations between the data in paper charts and the electronic record but that in general, the EMR agreed with the chart review information. Measuring the quality of care is the necessary first step in understanding how healthcare providers and systems are performing and is needed for improving care. The study authors conclude that although data from the paper and electronic sources do not always agree, nonetheless quality of care can be assessed accurately from the EMR, an approach currently being trialed in the VA hospital system.

Oct 12, 2021 • News
Addressing the challenges faced by physicians underrepresented in medicine
Mentorship and sponsorship are key In a noteworthy report addressing the challenges faced nationwide by current and future physicians who are underrepresented in medicine, clinician-scientists from Regenstrief Institute, Indiana University School of Medicine and University of Washington School of Medicine discuss a leaky career pipeline and highlight enhancing mentorship and sponsorship relationships as critical to…
Continue Reading >
Oct 08, 2021 • News
Regenstrief researcher elected as fellow of National Academy of Kinesiology
Regenstrief Institute Research Scientist NiCole Keith, PhD, was inducted as a fellow of the National Academy of Kinesiology at the group’s 2021 annual meeting. Dr. Keith works to make physical activity more accessible to everyone.   The National Academy of Kinesiology is an honorary organization composed of people who have made significant contributions to the field of kinesiology and physical education. Members…
Continue Reading >