Dr. Bateman called Alzheimer’s disease and dementia a public health crisis. He said one in three older adults will die with Alzheimer’s or another dementia, so the disease will touch almost everyone’s life. If the problem is not addressed, it will bankrupt the healthcare system.

“For every $100 spent on National Institutes of Health research, Medicare and Medicaid are paying for $10,000 in treatment,” said Dr. Bateman. “Alzheimer’s is one of the few diseases that is increasing, and we expect that number to continue to rise as the population ages.” 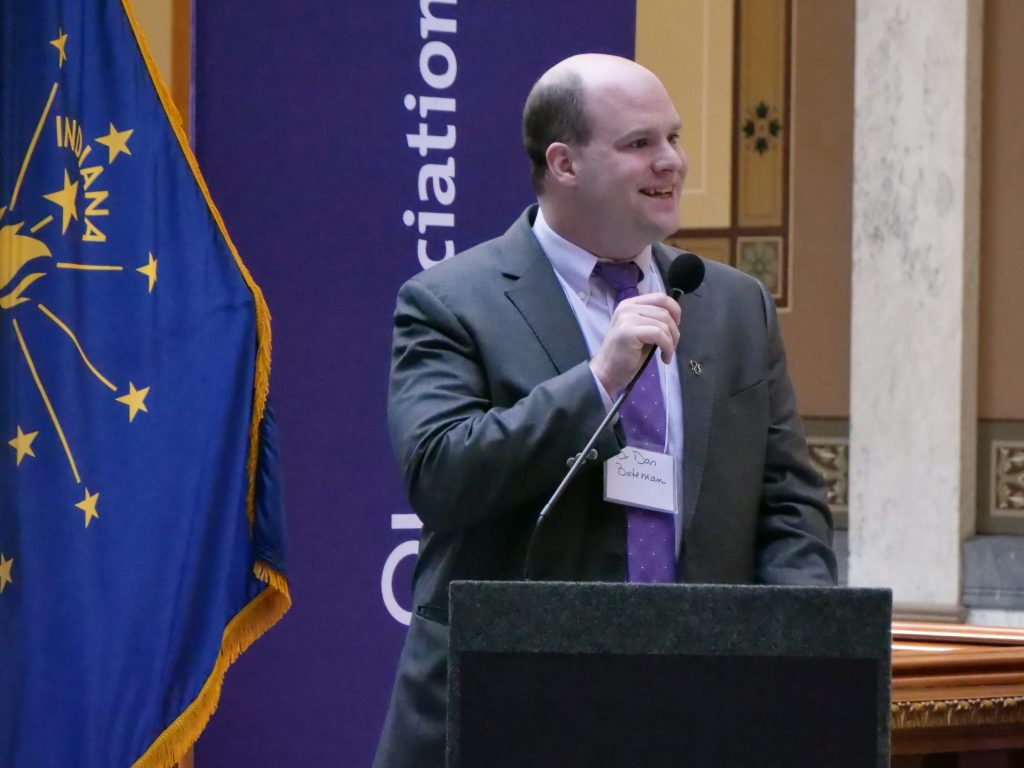 110,000 people in Indiana suffer from some form of dementia, and there are 338,000 unpaid caregivers in the state.

Dr. Bateman highlighted Hoosier needs when it comes to dementia, including more support for Alzheimer’s centers and community organizations, an awareness campaign to educate people about the disease, more programs and support for unpaid caregivers and more paid caregivers who treat those with dementia.

During his presentation, Dr. Bateman urged people to take care of themselves before being diagnosed. “What’s bad for the heart is bad for the brain,” said Dr. Bateman. “The more we know about Alzheimer’s, the more we think it’s a multi-factorial disease, and there are many different things contributing to it. High cholesterol, high blood pressure, diabetes are all risk factors for Alzheimer’s.” He also spoke about how early diagnosis of the disease is crucial for both patients and their caregivers. 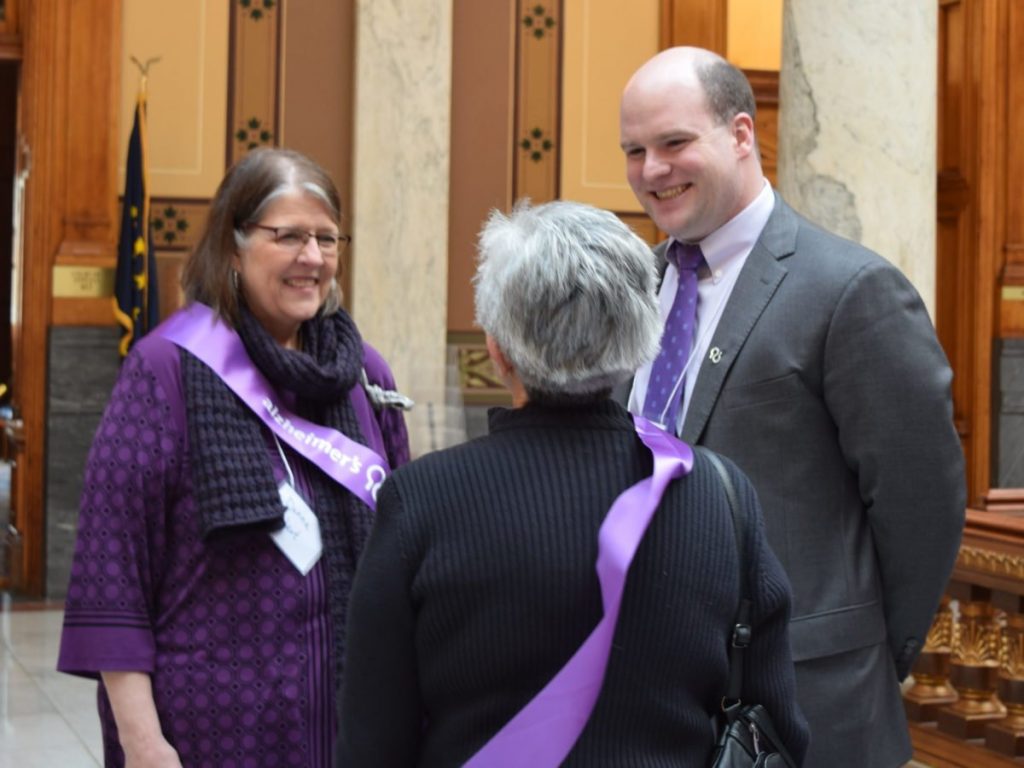 In addition to his role at Regenstrief, Dr. Bateman is an assistant professor of psychiatry at the Indiana University School of Medicine. He serves as a co-investigator on the Indiana Alzheimer Disease Center (IADC) Outreach and Recruitment Core. His research focuses on Alzheimer’s and dementia. His primary interest is studying innovative approaches to measure and treat behavioral and psychological symptoms of dementia by leveraging new and existing technologies. Dr. Bateman has several members of his family who have dementia, and he has seen and experienced how difficult the disease can be for people with dementia and their loved ones.

The State Advocacy Day was hosted by the Alzheimer’s Association of Greater Indiana chapter. Attendees included people suffering from Alzheimer’s, caregivers and people who had lost loved ones to the disease.