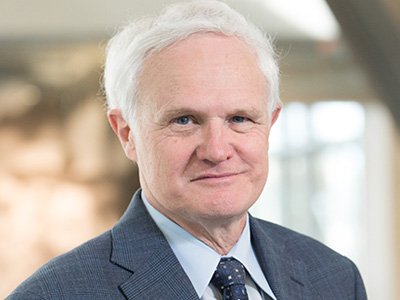 Manic episodes are experienced by individuals living with bipolar disorder, often alongside depressive episodes. While validated tools exist to monitor depression in patients, current tools for monitoring mania are limited.

Research scientists on the team, led by Joseph Cerimele, M.D., MPH, and John C. Fortney, PhD, of the University of Washington, developed the questionnaire, called the PMQ-9, to be similar to the PHQ-9. The PHQ-9 is an existing questionnaire monitoring depression that has been widely adopted in clinical practice. It was created by Dr. Kroenke, who has designed and validated several symptom tracking screeners over his career and served as a mentor and advisor to the PMQ-9 team.

In addition to his role as a research scientist at Regenstrief Institute, Kurt Kroenke, M.D., MACP, is also director of the Master of Science in Clinical Research program and a professor of medicine at Indiana University School of Medicine.

Dec 29, 2021 • Influence
Experts provide context to data as Omicron surges
The Omicron variant of COVID-19 quickly became the dominant strain in the United States, and new data regarding its symptoms, transmissibility and severity are constantly being released.   Through multiple media interviews, Regenstrief Institute Vice President for Data and Analytics Shaun Grannis, M.D., M.S., and Director of Public Health Informatics Brian Dixon, PhD, MPA,  are providing context to the new information, explaining the available…
Continue Reading >
Dec 20, 2021 • Influence
Data from the Regenstrief COVID-19 dashboard informs decisions and addresses health disparities
The COVID-19 dashboards created by Regenstrief Institute and its partners have been instrumental in the decision making of public health and healthcare leaders. The easy-to-understand dashboard data extends the understanding of the current COVID-19 situation, helping to identify new patterns, and allowing institutions to enact evidence-based policies.   One use for data gathered and illustrated by the dashboards is to inform community partners to address health disparities. The Marion County Health Department (MCHD) used this data to target underserved communities and provide additional support. The program helped curb new cases…
Continue Reading >