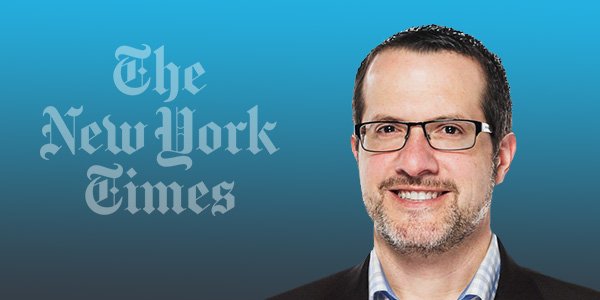 Regenstrief Institute Vice President for Faculty and Development Aaron Carroll, M.D., contributed a pair of opinion pieces to the New York Times urging state leaders to follow the recommendations of public health experts as they work toward reopening the economy.

In the first article, Dr. Carroll explained that many predictive models show that once an outbreak has peaked, it resolves quickly. However, he points to evidence from other countries that indicates the COVID-19 outbreak does not fit such a pattern. In fact, cases are not declining nearly as fast as they rose and in some cases are plateauing rather than declining.

It’s too soon to reopen states

Dr. Carroll wrote that many leaders are acting as if the original models still hold, which he believes is a mistake. He stated that the rates of COVID-19 transmission are not low enough to think that the pandemic is under control, regardless of what models predicted.

He wrote, “Leaders are overestimating how far they’ve come, and they’re underestimating what it will take to manage Covid-19 in a more close-to-normal world. Failure to properly prepare will either result in a surge of infections and all the negative health and health care system ramifications that come with it, or a second round of sheltering in place much sooner than anyone expects. Neither is a good outcome.”

There’s only one way to reopen the economy

In his second article, he presented a case that leaders are not faced with a choice between saving the economy and saving lives. He argues that the only way to save the economy is to take steps that also save lives. The economy is dependent on people, and just because businesses reopen does not mean that customers will return. Dr. Carroll believes because of both the fear and the risk of transmission, the best strategy is to follow the advice of public health officials when making decisions about reopening businesses.

Since early in the pandemic, Dr. Carroll has warned about the potential of the virus to overwhelm the healthcare system and has been an advocate for nationwide social distancing and mass testing of the population as a means to contain the virus.

It’s Too Soon to Reopen States.

There’s Really Only One Way to Reopen the Economy