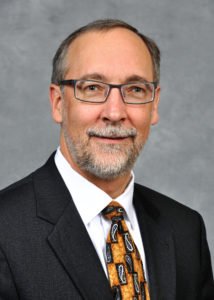 A passionate advocate for people with diabetes, he served as the National Chair of the Board of the American Diabetes Association (ADA) in 2009. He started his volunteer career with the ADA in 1986, initially serving as treasurer and later chair of the Maryland affiliate. During his tenure, he held several key leadership roles, including Chair of the Baltimore Chapter, Chair of the Indianapolis Leadership Council, Chair of the Heartland Region, and Chair of the National Finance and Affiliate Associations Committees.

He led the ADA’s Task Force on Health Care Reform in 2008 which led to their position statement providing input into the Patient Protection and Affordable Care Act. He also chaired the ADA’s Legislative and Regulatory subcommittee from 2011-2015 which establishes the federal and state advocacy priorities for the Association annually.