How We Bring the Data to You

The Regenstrief Data Services team provides an array of services while ensuring the safe keeping and handling of protected health information (PHI). Data analysts will help investigators identify the necessary agreements and safe storage options to ensure the privacy of the patients and compliance of IRB protocols.

The Indiana Network for Patient Care research database (INPCR), managed by the Indiana Health Information Exchange (IHIE), represents one of the largest health information exchanges in the country with over 100 separate healthcare entities providing data which includes: major hospitals, health networks, and insurance providers. When combined, the information from these institutions represent data on over 18 million patients in the form of 10 billion clinical observations, 951 million encounter records, and over 147 million mineable text reports. In addition to these clinic aspects, the INPCR receives data on drugs that have been prescribed to patients within its various institutions. With regards to the population, the percent of residents who have touched the INPCR has grown to approximately two thirds of Indiana’s population. Per the INPC terms and conditions agreement, Regenstrief Data Services acts as the custodian of these data and only they are allowed direct access to the identifiable patient data contained within the INPC research database. Within the structured data, the INPC has several ways to string data across years, institutions, between patients, and even with outside data sources. In addition, the Data Core can use a natural language processing tool developed by Regenstrief’s own Center for Biomedical Informatics to parse text notes from INPC and extract data elements that would not otherwise be available via structured data.

Regenstrief Data Services has business agreements in place with EskenaziHealth and IU Heath to access their patient data for approved research purposes, allowing access to greater variety and depth of clinical data than that which is contributed to the INPC database.

The Indiana Biobank is part of the Clinical and Translational Sciences Institute (CTSI) and contains 30,000 consented individuals. The identities can be matched to the INPC. Data includes retrospective DNA extraction and prospective/custom collections of plasma, serum, buffy coat and RNA.

The one thing that is invaluable to us is the true collaboration with RDS. We can bring an idea to the table, and, in partnership with their team, we are able to design robust data sets — even better than what we initially envisioned — to accompany our samples.

We would encourage our fellow investigators to utilize the depth of experience, tools, and expertise available at Regenstrief.” 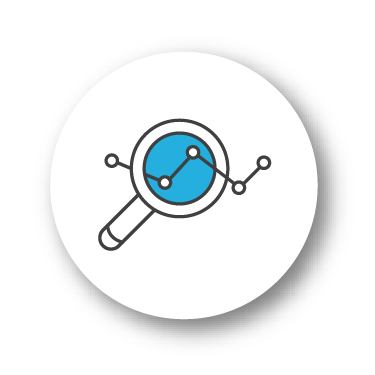 Collaborators can work directly with the Regenstrief Data Services team to develop and extract electronic health records data which meet their needs.

Or click below to explore more detailed information about these data resources.