Regenstrief Research Scientist Aaron Carroll, M.D., M.S., and a team of experts were chosen by the National Institutes of Health (NIH) to create a podcast series exploring science and what’s being called the reproducibility crisis.

Dr. Carroll is a nationally sought-after expert in health policy and research, writing regularly for the New York Times and The Atlantic. He also hosts a popular podcast called Healthcare Triage. In partnership with the NIH, Dr. Carroll launched a special series of Healthcare Triage focused on science and reproducibility. Expert guests and the host discuss the existing scientific culture and the fact that as much as half of scientific studies are producing results that are false.

In the podcast, experts were interviewed to gain insight into the issue. The interviews dug into questions about academic incentives, publishing and funding practices, training and mentorship, how the media plays into the problem, and finally, what can be done to fix things.

The high-quality series is composed of eight episodes. Dr. Carroll and his team’s intent is for the podcast series to be a valuable resource for the academic community as well as a “module” that people can use when teaching others about issues of reproducibility in research, specifically around the culture of science. Lesson plans have been built around the podcast so they can be used in classes or groups to discuss the issues.

listen to the podcast and read the lesson plans

In addition to his role at Regenstrief, Dr. Carroll is Indiana University’s inaugural chief health officer and a distinguished professor of pediatrics and associate dean for research mentoring at the IU School of Medicine.

He is the author of “The Bad Food Bible,” published in 2017, and the co-author of three additional books on medical myths. He is also a current contributing opinion writer at The New York Times, co-editor-in-chief at The Incidental Economist, an evidence-based health policy blog, and a previous contributor to The Upshot at The New York Times. 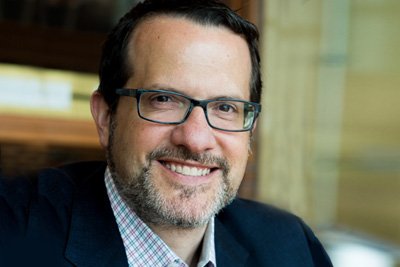